Oh, the games countries and their leaders play. If it were a movie, wouldn’t that be more interesting than when everybody plays nice? Meanwhile, we have another game, the Russian Ukraine game – that too is not a boring game. Also, the Trump Game is still going strong? And hereabout, the Lying Game. ??

the landscape has utterly changed. with the internet and advances in technologies, news both factual and fake travel faster than spit! and before anyone can blink, unfiltered announcements are there already on the screen, publish now and recant later, lol! nothing is sacred anymore, all caution thrown away.

internet has leveled the playing field; rightly or wrongly, anyone with access to internet can ply their opinions at anytime of the day 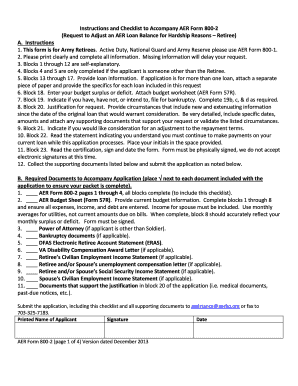 and night. from the smartest to the dumbest, the comatose and insane, wala ng preno. it’s both exciting and debilitating.

Values are hammered to oblivion by millions of false prophets, history is re-designed, and friendships come and go with the push of a button. It’s a giant savannah, the grasses thick and tall. We wander there, curious and wary, awaiting the snake or lion that will devour us. No gun.

Yes it is strange. I already consulted with Irineo and Giancarlo. they told me to log out. I even cleared my browser history. Thanks will try later. At least I could do it via the wordpress route in the meantime.

“Or do pinks respect Robredo as much as she respects others, even those they don’t like. And give her some wiggle room.”

This IMHO is a point that needs to be tweeted or made viral or something. The Pinks have to attack from all fronts, they seem to be pigeon holing themselves unnecessarily.

Be open to Inday Sara. Allow Pac-man to folk into Pink, etc. etc. Kiko’s daughter Miss KC (she’s hot Joe) should be more in public eye. use everything at your disposal. KC’s dad, that would get the whole 50-60 year old crowd, and OFWs.

inday sara should also be open to pinkdom! be in the state of grace with the pinks at hwag harangin sina leni and supporters, but welcome them unreservedly to campaign ni dabaw. be nice to them, serve them all orange chicken and let them have the key to the city of dabaw! sara ought to tell her own supporters not to harass leni et al, for trolls not to spread disinformation, not to doctor photos of leni and make her appear to be selling fish when she is actually somewhere meeting people. not to doctor the pic of the previous religious traslacion and color the whole tambakan of devotees of the black nazareno pink just so trolls can say leni’s supporters were not social distancing and not following health protocols.

as well, kung talagang tunay na bff si sara ni leni, sara ought to convince her running mate bbm to let leni campaign freely in ilocokandia without leni and company being harassed, sabotaged, with ilocanos told not to attend leni’s soiree or there will be consequences.

Well, you’ve certainly presented an interesting hypothesis, that, on a ticket where the president and VP run separately, a president can win by respecting, rather than fighting, the other candidate’s VP. Makes geographic sense, for sure. Boy, a lot of Pinks can’t get there though. They detest the Duterte name. But as you point out, Leni is different.